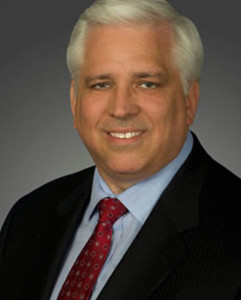 Stephen L. Ondra, MD is the Senior Vice President and Chief Medical Officer of Health Care Service Corporation (HCSC).  HCSC is the parent company of Blue Cross and Blue Shield of Illinois, Texas, Oklahoma New Mexico, and Montana. It is the fourth largest health insurer in the nation and is the nation’s largest not for profit mutual health insurer. In his role, Dr. Ondra is responsible for the strategy and oversight of medical policies, medical management, pharmacy, quality improvement and performance measurement programs. He also serves as a key national spokesperson for the company and health policy advocate for policyholders.

Prior to returning to Northwestern, Dr. Ondra was a member of President Barack Obama’s Administration. He was appointed as Senior Health Policy Advisor for the Secretary of Veterans Affairs on May 10, 2009. In 2010, he was assigned to the Executive Office of the President, where he served until February 2012. At the White House, Dr. Ondra served in the Office of Science and Technology Policy, as the health information technology co-Chair of the National Science and Technology Council.

Prior to his appointment to the Administration by President Obama, Dr. Ondra was a Professor of Neurological Surgery at Northwestern University, and he chaired the Medical Device and Technology Committee at Northwestern Memorial Hospital. Dr. Ondra has also worked with the Department of Defense as the Chairman of the Defense Spinal Cord Board and Spinal Column Injury Program, and the Defense Spine Blast Injury Program. In partnership with other faculty at Northwestern, he pioneered new surgical procedures and the use of available motion analysis technology to assess treatment of spinal surgery patients.

Dr. Ondra began his post-secondary education at the U.S. Military Academy, but he was injured in a training accident. Dr. Ondra graduated from Illinois Wesleyan University. Recovering from injuries, he re-entered military service in the Army and completed his doctorate at Rush Medical College. During his residency at Walter Reed Army Medical Center, he specialized in spine surgery and reconstruction in both neurosurgery and orthopedics.

Dr. Ondra is a veteran of the of Operations Desert Storm and Desert Shield, and he was awarded a Bronze Star Medal and the Army Commendation Medal for extraordinary service and heroism as a military doctor. Dr. Ondra served on the Veterans Affairs group in the Obama-Biden Presidential Transition Team; he provided advice to the Obama-Biden Campaign on Health Policy and Veteran’s Policy.